How an expansion joint is used may be an unfamiliar concept to people outside of the expansion joint industry. Expansion joints are expendable devices designed to allow for movements caused by thermal expansion and contraction as well as mechanical vibration which can weaken a rigid pipe system, causing expensive failure.

Where are rubber expansion joints used?

Industrial piping systems are one of the most common applications of rubber expansion joints. These piping systems are under constant stress from the thermal and mechanical movements caused by pumps and the temperature of the media being transferred. 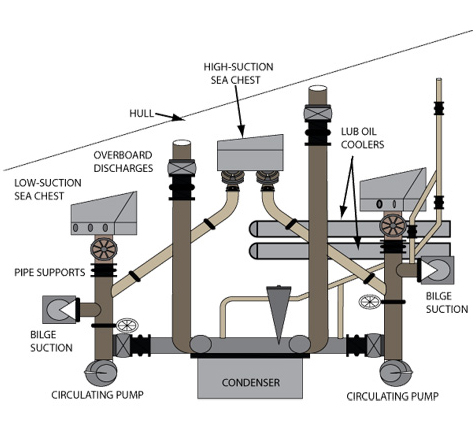 Heating and air conditioning and ventilation

This area of rubber expansion joint use, also known as HVAC, is commonly a low-pressure, high-temperature application allowing for closed transmission of flue gasses and exhaust to scrubbers and cooling towers while allowing for the same movements and vibration seen in industrial and marine applications. Many of the fluids used in HVAC are toxic and need to remain a closed system. 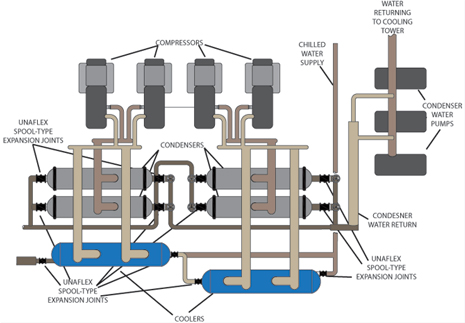 Power generation is a high-volume user of rubber expansion joints. This is common in coal burning, and hydroelectric, as well as nuclear heated facilities. There are several type of fluid pipe systems at work in power plants. 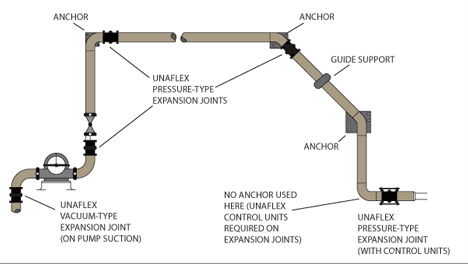