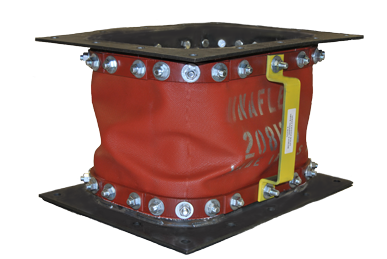 Thermaflex expansion joints consist of a fabric belt attached to a metal frame. The belt component of these expansion joints can vary greatly in response to the needs of the application. Some frame configurations have the belt attached above the flow area. This area between the flow area and the belt is referred to a set-back. When a set-back is used it is common that a pillow or flow liner is also included. Other configurations such as the “A” frame does not incorporate a set-back.

One of the most used configurations is the “ 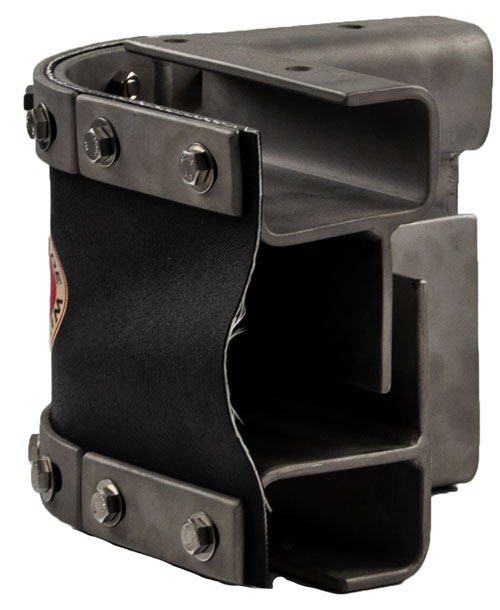 J” frame. The “J” frame is shown in the picture and incorporates a standoff or set-back along with an area for the addition of a pillow. Flow liners and pillows are used to protect the expansion joint from particulates such as ash and other debris that may be in the gas being conveyed.

Thermaflex expansion joints are designed for maximum temperature and movement allowances in applications where internal pressures are minimal. Some areas of application for fabric expansion joints include exhaust systems for power generation, paper, and chemical facilities.

A feature of Thermaflex expansion joints, unique to the Kadant Unaflex family of products, is in certain situations a Thermaflex belt can be replaced while maintaining the same metal frame. This can be a cost saving feature when the application creates heavy wear on the belt component of the expansion joint. Belts can be sent out already closed and punched or open ended and unpunched to be installed in the field depending on customer need.