M-clean™ System Cleans Fabrics with No Trace of Water 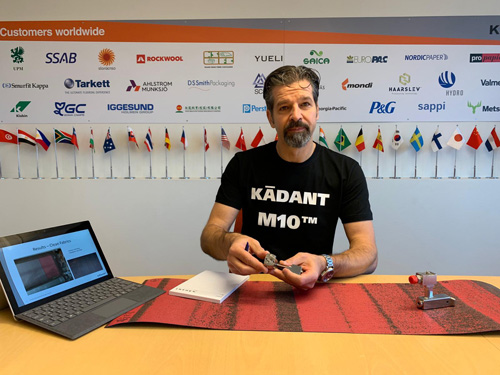 During his employment as the strategic product manager for dryer fabrics at a clothing manufacturer in Düren, Germany, Werner Raschka was often asked how to clean dryer fabrics as efficiently as possible. As a result, the company began to develop dryer fabrics that became less dirty and cleaned easier. To test the newly developed dryer fabrics, trials were done with manufacturers of traversing cleaners. During this time, contact was established with Kadant Nordic in Sweden, where Werner Raschka became Product Manager in 2015. He has a degree in Paper Engineering from Munich University of Applied Sciences and has worked in the paper industry doing everything from producing it, re-building the paper machines, plant management, and fabric cleaning.

A typical day in the life of Werner would be visiting customers onsite and talking with the maintenance and production teams to help optimize their paper production and discuss ways to improve production by decreasing waste and time loss as well as increasing output. Werner’s experience in paper production, clothing, and fabric cleaning is very useful to these visits and discussions. Potential improvements and solutions can be tested on the pilot machine at Kadant Nordic before they are implemented. Through research and development, a lot of knowledge had been created to increase end-product efficiency for M-clean system customers. The most important point for a paper producer is to keep the design parameters of the fabric to a very high level throughout the life of the fabric. 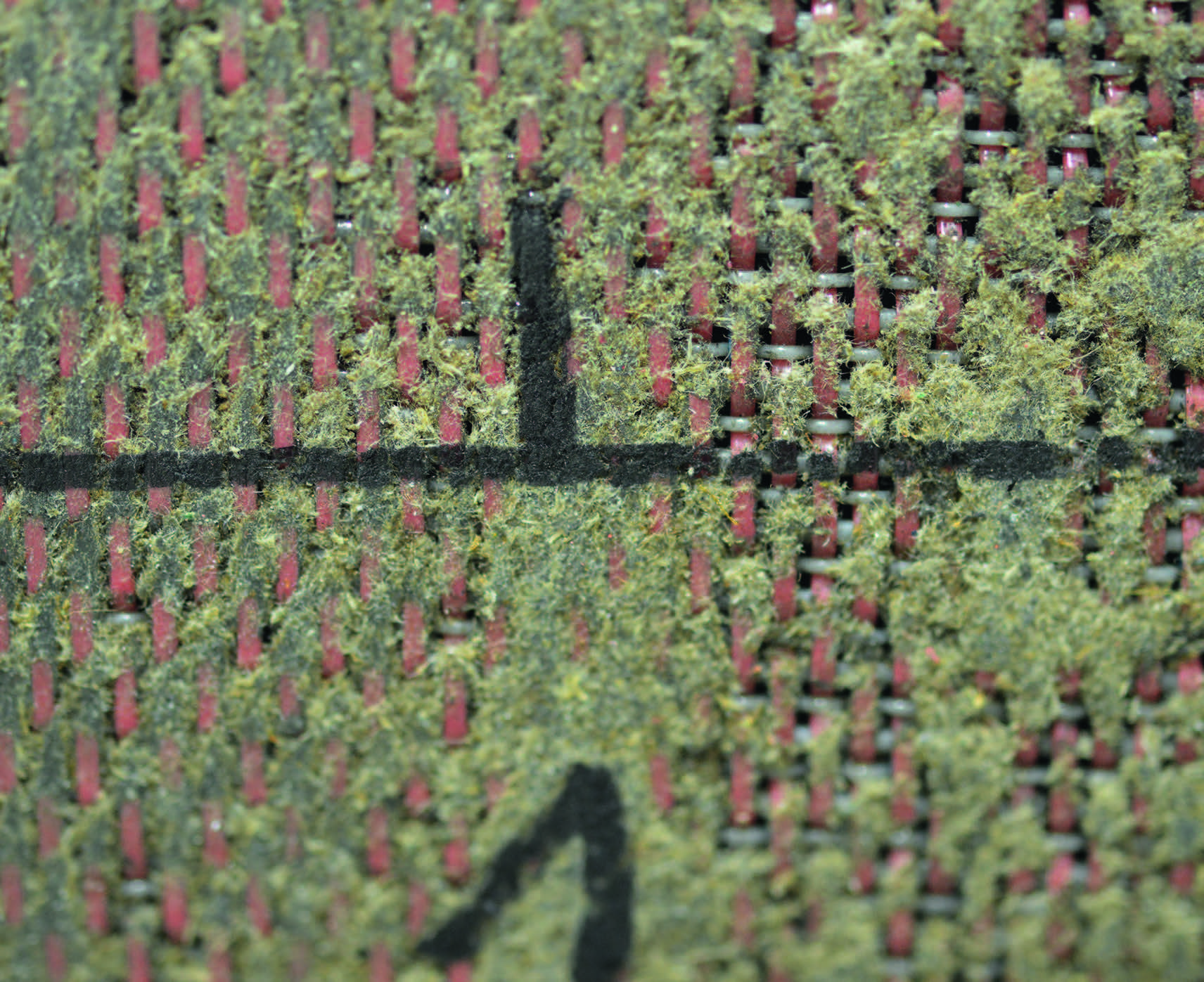 Figure 1What was the focus of your research on cleaning dryer fabrics?

W. Raschka: Right from the start, the focus of development was on significantly improving cleaning. Cleaning without any disturbing factors, such as damp streaks in the paper from the dryer fabric cleaning or the plugging of the fabrics on the roll side. During several dryer fabric tests on paper machines that were equipped with different cleaning units, we saw the “same pattern” on the paper side again and again. The contamination always stuck at the same place, always in the trailing part of the warp thread and in the space between the warp and weft thread. This so-called “shadow dirt” (as shown in figure 1) is due to cleaning against the running direction. But even if the paper side was clean, there was often a reduction in air permeability. The screen was dirty from the roll side. This was often a consequence of the cleaning concept. The dirt was “cleaned” to the roll side and remained there.

How did you finally become master of the “shadow dirt?"

W. Raschka: During further tests on our trial machine in Sweden with various dryer screen designs, we tried out cleaning variants and learned a lot about how best to clean which dryer screen design. In the case of dryer fabrics, one should distinguish between the two main groups, woven fabrics and spiral fabrics, in terms of their behavior. Nevertheless, from the very beginning, our aim was to clean all dryer screen designs with the same cleaning strategy.

Kadant has had its own R&D center in Sweden for decades put the cleaning strategies developed on the trial machine through several elaborate test series. They additionally tested, monitored, and evaluated with trials on various paper machines at the customer’s site.

What results were seen?

W. Raschka: It was recognized early on that the cleaning of the remaining “shadow dirt” requires an adjustment of the cleaning angles and the direction. Up to now, cleaning has mainly been done against the direction of the dryer fabric. The cleaning performance of the original one direction cleaning was compared with the development of 3D (3 directions) and 4D. Here, a significant improvement was already noticeable, but in our opinion, the result was not yet completely sufficient. We had expected more.

So, you continued to tinker?

W. Raschka: Yes, and we achieved the absolute breakthrough with the development of our 5D concept. Here, the weft and warp threads are in the truest sense of the word, individually “ploughed” from five different directions, and thus almost perfectly cleaned. Not only the paper side but also the roller side remained or became as good as new again. Already on the test machine we saw a night and day difference to the previous cleaning results.

After the success of the 5D cleaning on our test machine, we looked for additional customers with existing cleaning systems to show the performance of our new 5D development in practice. The more challenging the application was, the more we were attracted by the test.

Has the new system reached its limits?

W. Raschka: No. The new cleaning concept was an overwhelming success everywhere. The dryer fabrics maintained almost the same air permeability values as when they were delivered throughout their entire service life. On a brown paper machine, the air permeability measurement remained at “new value” after just under 70 days of operation. For comparison, the cleaning performance drop almost 50% at the same position with the same running time, but with the conventional standard cleaning method.

What results can be seen when cleaning dirty dryer fabrics?

W. Raschka: Since it is known that it is easier to keep dryer fabrics clean than to clean dirty dryer fabrics, we also dared to use the successes with new dryer fabrics on already soiled dryer fabrics. Even with very heavily soiled fabrics, we were able to regain the new values in air permeability after several cleaning cycles during production. A result that had never been seen before. Up to now, it was thought that cleaning units could only slow down the reduction in air permeability but could not restore the original condition. This theory has now been refuted. Figures 2 and 3 show the cleaning effect of the new 5D nozzle concept during its first traversing. 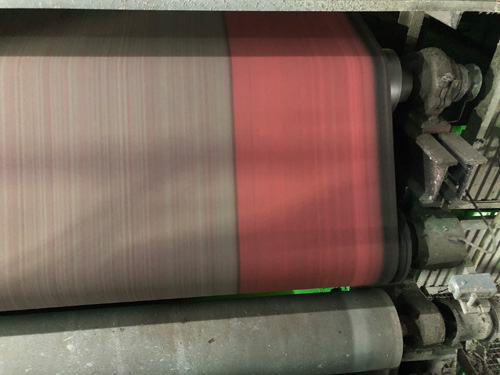 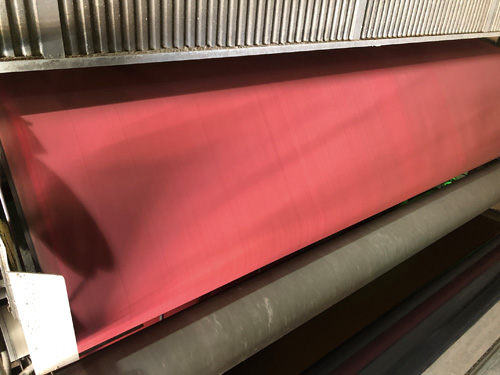 Improvement of the cleaning performance as the first part of the development was more than fulfilled with the new 5D cleaning concept. A cleaning performance that enables the paper machine operator to carry out production with the new values of air permeability until the end of the dryer fabric’s service life. Stable production conditions are a key factor in achieving high paper machine efficiency.

And what about the roller side?

W. Raschka: Thank you for the question. The roll side was also cleaned with the new 5D nozzle body and this was already done during the first traversing (Figure 4). One customer noticed that even the rolls are much cleaner than before the change to 5D. 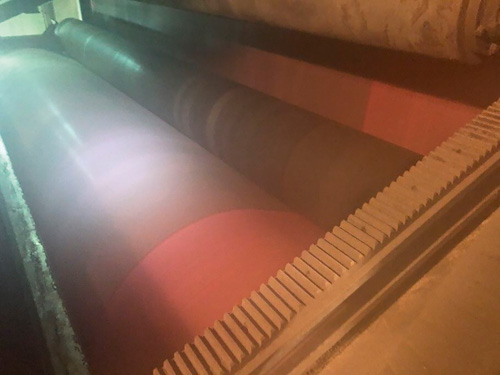 What challenge is the next step for you?

W. Raschka: The next focus of development was to achieve this exceptional cleaning performance without any negative side effects such as residual water in the dryer fabric. Residual water in dryer fabrics often leads to damp streaks, which causes production problems at the size press or winder, among other things. Thanks to a new development of the air knife and optimization of the vacuum flows in the cleaning head, problems with damp streaks in the paper from the dryer fabric cleaning are a thing of the past. 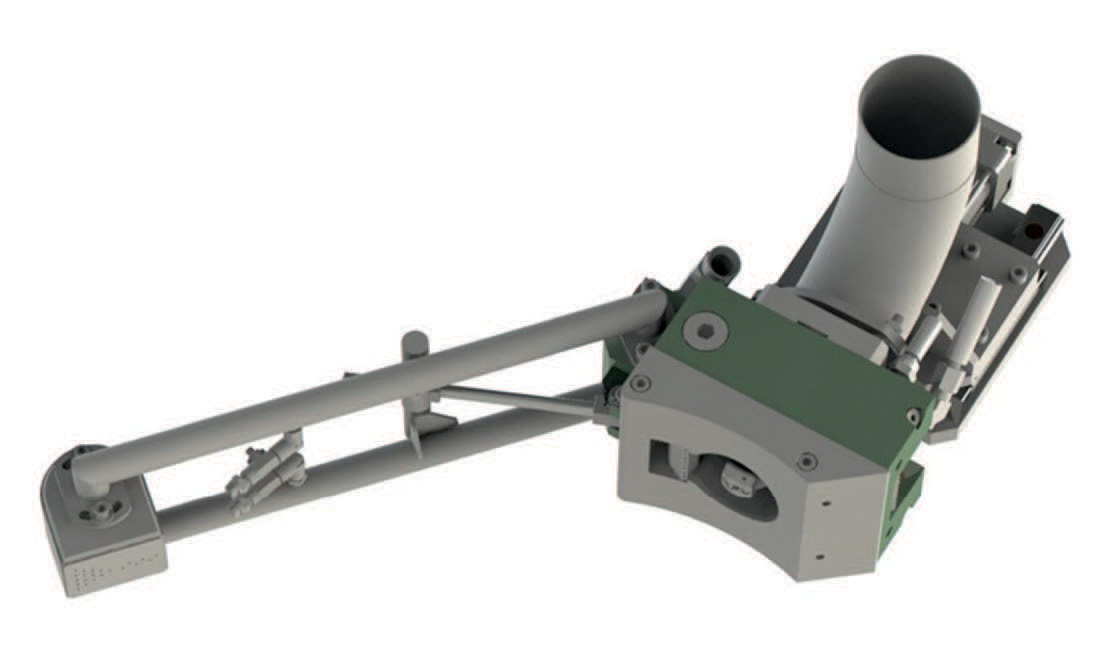 What other optimizations have you implemented?

But you have remained true to a few things...

W. Raschka: For good reason. We still clean on the roller as we did before. This has the advantage that the conditions are or remain the same, even with the new machine concepts without an external guide roller. The two main problems with cleaning in free draw are the collection of the water/dirt mixture underneath the wire and the varying distance of the cleaning head from the clothing due to the non-horizontal tensioner path. The cleaning and blowing out of the water/dirt mixture immediately takes place shortly after the screen has left the roller. In this case it is often not possible to pull the trough upwards far enough to collect the entire mixture directly. A main part of the mixture gets onto the roller and contaminates the dryer fabric from the roller side. The result is that the dryer fabric on the paper side is clean, but the gaps and the roll side are dirty. The air permeability is significantly reduced.

Furthermore, the use of a tub to collect the water/dirt mixture in the dryer section must always be viewed critically. Thus, the tub must be cleaned from time to time to prevent clogging, or it comes to drop formation at the tub. With this I do not mean that it isn’t possible. Another point when cleaning in free draft, is the adjustment and maintenance of the correct distance of the cleaning head to the covering over the running time of the fabric. 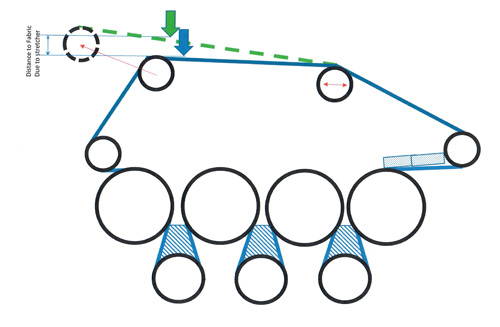 Are there any other advantages that speak for operating the cleaning head on the roller?

What are the economic advantages of the new cleaning concept?

W. Raschka: The nice thing about the new cleaning concept is that the return on investment (ROI) can also be calculated easily. Increased screen service life due to previous contamination related changes and reduced use of chemicals for cleaning. These are only two of the factors that speak clearly in favor of the new 5D cleaning concept from Kadant, in addition to the greatest ROI factor, the increase in production volume, or the reduction of downtime. The environment is also protected by this new cleaning concept. Due to the extremely effective cleaning, in many cases we operate our systems discontinuously (i.e., energy and water are only used intermittently).